I'm hoping it will get here by the end of next week.

Thing is it will most likely spend three days to clear customs regardless how long it otherwise takes to ship so could slip past the next weekend. 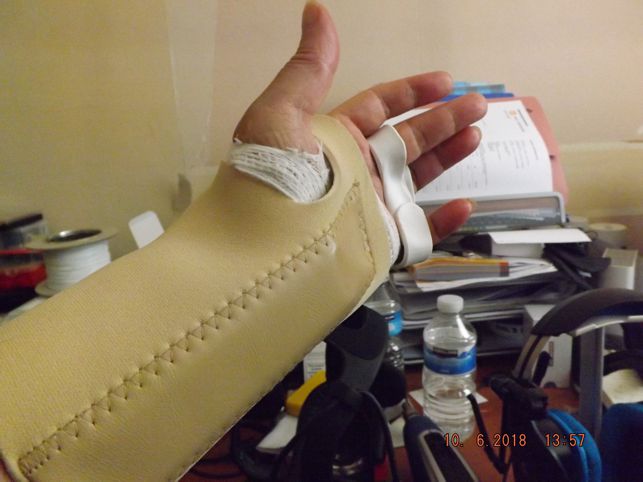 o7 Dawg..
As a tribute to Tor, my CMDR has small feet too! o7 Dawg
Top

Well she did warn you about that cookie jar.

As with Lori my first thought is "Ouch!"-

Have gotten my stick, did post some inputs on the discord channel.
Makes quite a difference but I still need to tune it.

Problem is, the head of one of the screws attaching the cam to the pitch axis just shredded when I attempted to unscrew it.
First mechanical screw I have ever stripped to this degree, and yes I used a regular hand powered screw driver.

As for sensitivity of the thing.
I tried the smaller palm rest, and I find myself drifting on roll just ever so slightly to the left.
Put the old one back on it's stable if not rolling a little to the right.
The difference between the two rests are 5 grams, at most.

I also have an idea for the dual stage trigger mechanism.
I have used voice attack to setup to macros to do two power presets, so when I squeeze the trigger fully, I apply four pips to weapons, and rest for engines.
When I release the trigger, power pips are set back to engines and systems, yet to test in combat, but the macro's trigger like a charm.

I'm also a little surprised how small the grip is.
► Show Spoiler 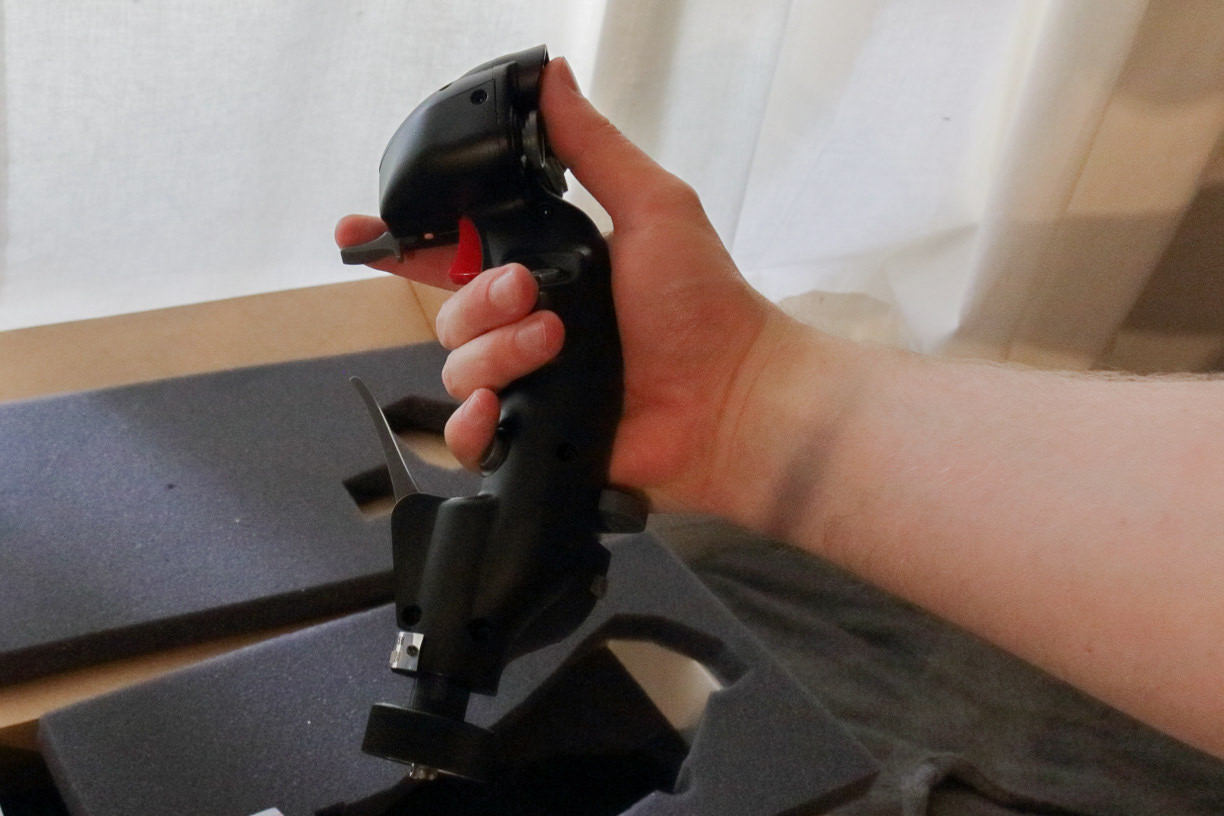 I feel your pain, but mine was induced by a wild animal.

The long story is that one of our "Kharma" style neighbours (meaning a grouchy old bastard) got tired of cats going into his side yard and getting into his compost pile so he setup an electric sheep fence. And of course our other neighbour (who has no means to actually afford proper care of pets or get them proper Vet care, and yet has a dog and 2 cats ,both unfixed, a male and female who is only 2 years old and has had 2 litters already) male cat got caught in the fence and was slowly being electrocuted to death. I was asleep and the wife screamed when she looked out the bathroom window wondering whose cats were fighting and saw it. I threw on some pants and rushed down.

The cats eyes were rolled back in its head and its tongue was hanging out, it was close to going. I didn't think, I just reached over the fence on our side that was not electric (there was a 6 inch gap between the 2 fences) to grab the cat. Turns out he had enough left to sink his front paws in me as well as a full set of teeth. Got the cat out, but then had to clean the wound with iodine and then called the emergency doctor. They said head to the Hospital, so in I went.

They had to cut open the wounds in order to clean and irrigate the wound and then close it up. Then tetanus shots, and a full course of antibiotics and pain meds. Need to see my house doctor tomorrow morning to see if it got infected and weather they will have to remove more flesh.

Oh and we asked the neighbour when we got back from the Hospital how the cat was. "I dunno" she said. "I left a few minutes after you did and I guess its ok." If it was my cat, it would have been brought to the Vets for a check since it was in the fence about 10 minutes.

Did i mention my nighbours are arseholes?

Nah, we are arseholes.

These sounds like ignorant, moronic shits that should have been left in the woods at an early age.

I did read somewhere that the screws are a bitch to remove as they use a thread sealant on them......

I think the advice was to heat it up with a hairdryer or something before trying to undo........

But it does look smaller than the Warthog.....Still it means you can reach everything with ease........

Isn't an electric fence against some type of law or something ?.......

Fuckyaluckacillin I called them.....It was something like the real name but easier to pronounce.....

I hope you get on alright tomorrow.....I'm at the hospital myself tomorrow seeing a consultant..... 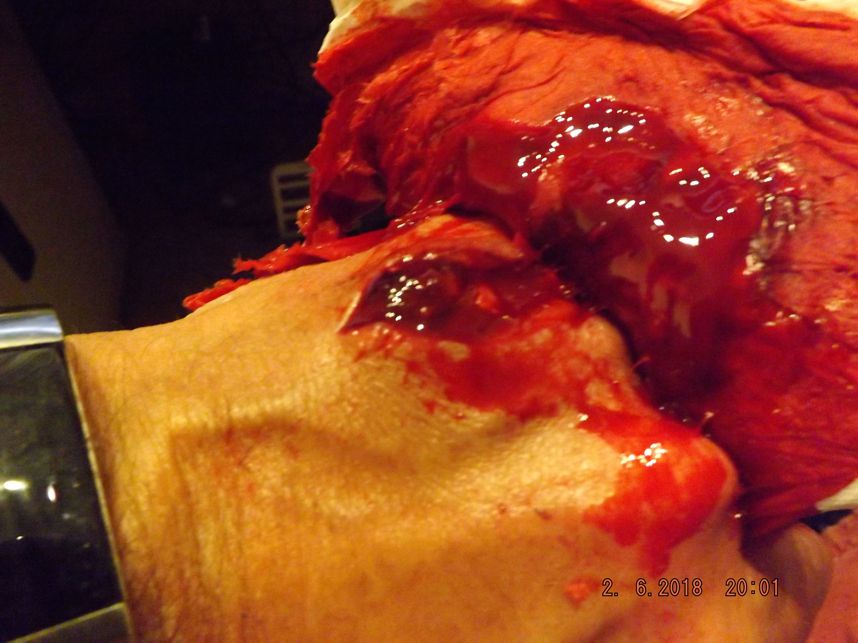 Yeah, I keep hearing that, but I'm a bachelor-nerd.
I don't even own a hair dryer.

Just gonna get a heat gun next check, currently flat ass broke and I'm thinking of switching the roll axis back to the original cam, I was able to swap the spings for the 'acrobatic' type and this made a huge improvement, not such a big fan of the center detent on the second cam.

Like I said, these screws are completely unlike all the other 16 screws you need to get through to reach the cam's, and this was the fourth screw for both cams and it just shredded like cheap, brittle plastic.
Honestly I have given more force to plastic screws in the past than this one.
And as things are looking, just getting this one screw out is going to cost me a £100 in kit.
(heat gun, and screw removal set, it's really far gone)

I have so far also ordered the optional, low resistance cam's and an extension set from the site, those are meant to give full axis with no extra force, not to mention extend throw.
The usual's are meant to simulate actual mechanical aircraft where the amount of force increases exponentialy.
Out of the box I was bracing myself against the floor, and the gimbal is bolted to the shelf board and bolted to the wall again.
It is serious kit I tell and I'm honestly stunned how much difference it gets me.

It also seems to have upped the VR imersion as well cause it all feels more 'flighty' now than before since response is so dead on.

As for my trigger based power macro's, they work, but not to my liking.
Ditched after testing in actual combat.

As for your injury.
Ouch!.
Looks kinda like a pizza before you put the cheese on and cook it.

As fot the cat owner and other neighbour.
I'm certain I could have reported both to the police here in Norway, fines and sitations abound.
One for neglect, and another for cruelty.

As for Lori's friendly neighbours, as a cat person myself, I think I'd be strapping them to the electic fence, they wouldn't get away with that in the UK, the RSPCA would be all over them, well what was left of them anyway.

Please make sure you have read the Mobius GroupPolicy
Top

Users browsing this forum: No registered users and 3 guests