Its a nice idea, however as an experienced 3 wide gamer. (I have since abandoned 3 wide though) That thing is going to make it difficult to see my clock and part of my start menu. (Could be wrong with the distortion though, since they did not get up close from the PoV of where you'd be sitting while gaming) I always had the middle monitor as my primary. The other issue I see is that it leaves portrait users in the dirt. While landscape does feel more immersive...it is really down to which games you are playing. You also have to admit to yourself at some point that you are wasting a lot of power on pixels you barely are even looking at.

Also from exp I can tell you that your brain automatically adjusts and eventually the bezel just disappears. I will admit it was really bad when I first got into 3wide. I had 3x ASUS 246h monitors. The bezel was about 1.5-2 inches when the monitors were stock and butted against each other.

To combat that issue I removed the bezels on all three and that allowed me to overlap the monitors which brought the bezel down to .5"

This is an image of the gap with the bezels:

Here is without the bezel and the monitors are now overlapped due to the extra space provided by debezel:

Here is the ultimate results:

Never did grab a landscape screen shot. I use those monitors for work now and I am on a single ROG

But ultimately bezels is the least of triple monitor setups.
They are simply not worth it or gaming.
Still now. very limited game support.
And you and end up spending all that money on and you power on what is essentially a distorted image for your peripheral.
And of course the cross screen tearing, Gsync doesn't even fix that, helps but doesn't fix.
You can, but that requires hardware solutions only available for quadro cards.
And $20 000 per you is steep for gaming.

Why not just make a bezel free monitor - at least on the sides? They do it for phones. Of course, they would need to be good glass, so expensive.

Regardless, it's amazing how small those 24" monitors look compared to the view in VR (even with crap FOV for now).
It's time to give this another go.
Top

i never really pay attention to the bezel when i play in triple monitor. anyway, Elite is mostly black soooo.. here you go

Now instead of a 1 or 1,5cm black line you have a 5cm wide field of distorted image. It's a "chose your poison" kinda deal.

Maybe useable when playing with fixed mounts, but with articulated arms, that looks like a one hour jobbie to fit those prisms.
A lot of trouble for a barely noticeable issue, to me at least.
Top

To add if these are anything like using a Fresnel lens every bit of head movement you have is going to be quite noticeable and might even make you sick. With the static black bars that is not as much of an issue.

They could spend the money on making products thinner and expand to the edge like suggested above. Making overlapping a much simpler option. I have on another gaming rig a 27" IPS Korean monitor and it is only half an inch thick at the edge( I mean thick as in the depth) and less than half an inch bezel. I had already purchased my ASUS swift, but if I had known this was going to look so great, I could have actually bought 3 of these for less. Oddly enough the black bars at the edge of my swift are a little more than twice as large on the sides. 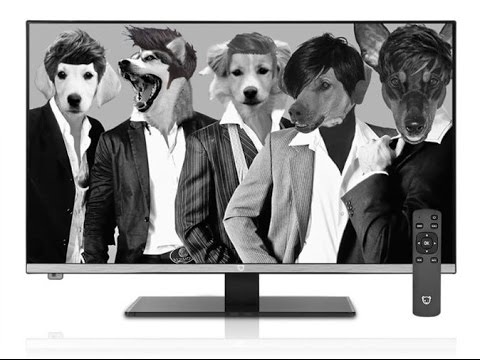 I only show this to provide proof that its def possible to make an affordable and quite slim bezeled monitor all around. Granted these are kind of apples/oranges as my swift is gsync, 100hz, and ultrawide.

The 21:9 support is getting better and with software like Flawless widescreen I have only really had issues with less than a handful of games I play.

I did feel more immersed in Elite with the 3x24 as opposed to the 34 ultrawide. It does become a PITA in other games though.
Top

Very nice! Thank you for sharing, definitely something to contemplate.