With the new rules for conflict zones in Möbius, how do commanders manage their ship launched fighters? My fighter will engage any opposition ship regardless of whether it is hollow or solid. Does anyone have any hints or tips to prevent PVP with SLFs in conflict zones?
Top

Keep your SLF in "hold formation\fire" at all times.
Specifically designate targets.

This also has the benefit of the SLF not running 20km off and pull aggro on a blob of 15 hostiles and bringing them back on you.
Unless it bugs out and goes "fire at will" regardless of orders, and it does that A LOT !, you should be fine, and your SLF should last much longer.

Although I would simply recommend dropping group if you do, if you don't feel like winging you might as well be solo.

Spike1986 wrote:With the new rules for conflict zones in Möbius, how do commanders manage their ship launched fighters? My fighter will engage any opposition ship regardless of whether it is hollow or solid. Does anyone have any hints or tips to prevent PVP with SLFs in conflict zones?

This had never even occured to me! Thanks for pointing out the risk.

I use "hold formation" or "attack my target" for the SLF in CZ's. Otherwise they tend to die quickly.
-JL

I concur with the previous comments, my fighter is now Elite, I grown with her as a pilot while she went from Harmless to Elite, and knows all her moves, also I equiped her with an XG9 Lance fighter, very good to take down shield.
If you take care of your pilot, giving the right orders, he/she will be very efficient, but keep in mind that they feel no fear and will always be aggressive to the extreme, so it is up to you to keep them under control or you'll get them killed.
Start by "Maintain formation" order, then designate the target of your choice, after the kill the fighter will come back in formation, check on its health after an engagement and if necessary recall it and swap fighter for one with 100% hull and shield health.
A good Elite fighter will easily take down an Eagle or even a Viper on their own, now I don't hesitate to attack two targets simultaneously or designate the target ship fighter to her, 99% of the time she will get the kill.
If you keep an eye on the fight and enemy ships, you'll stay on top against multiple adversary, if one of them target your fighter, designate it as target, chances are your fighter will win the fight instead of being a seating duck trying to help you take down yours.
The most difficult are the assassination missions because the bots are tough as hell, but we fought up to 5 ships and came up on top, you're talking 3 Vultures, the mission target FDL and another Anaconda mercenary on the mission spot.
I lost 3/4 fighters but we made it, my main issue was internal damage due to overheating, not damage inflicted by the bots because my Corvette shields are so strong but I only use one beam laser with Thermal Vent and if I am not careful using the shield cell banks or Plasma Accelerators, I cause damage to my own ship.
Anyway, fighters when well used are a seriously good asset, training them from Harmless is also working to your advantage. 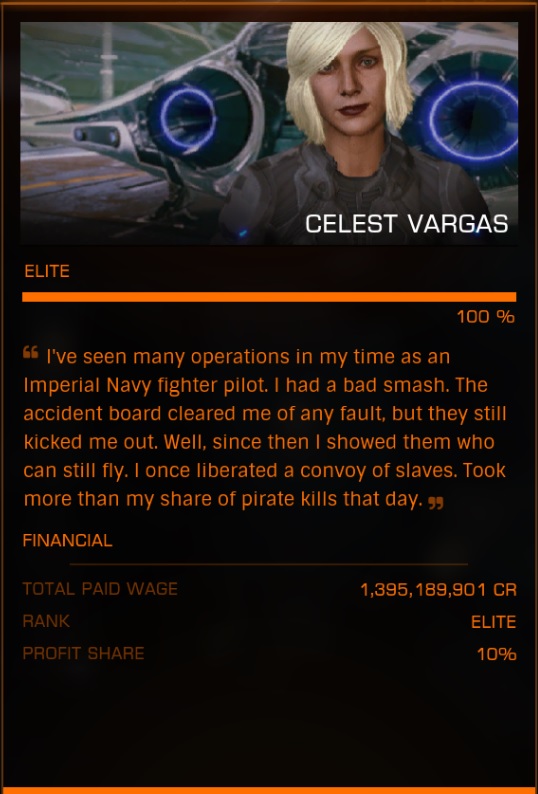